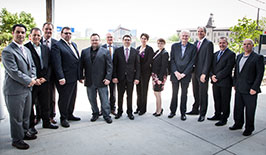 Tenants appreciate our intervention based management methods as well as the interest expressed by members of our team to the success of each project.

The Multivesco maintenance team visits on a regular basis the properties to ensure that all the active assets are kept in the agreed condition.